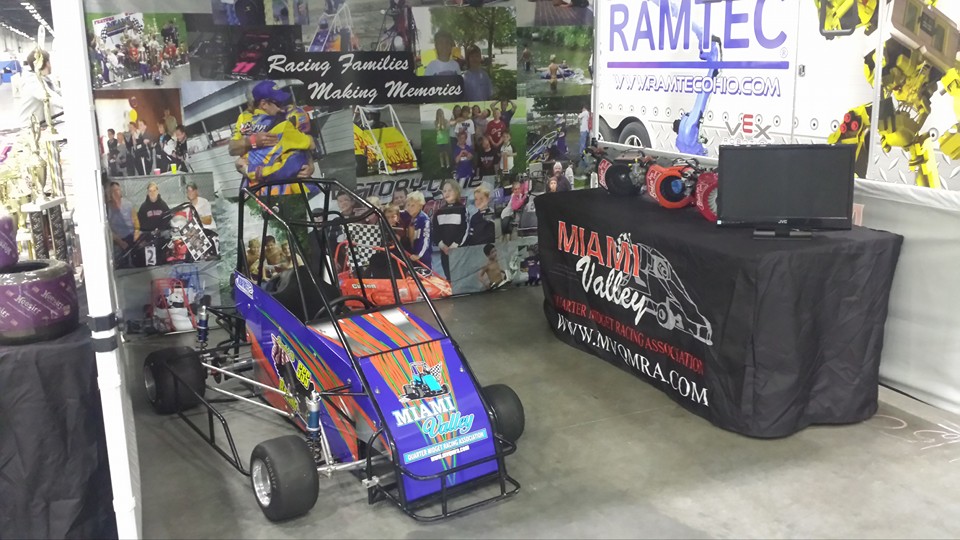 The original Miami Valley Quarter Midget Racing Association was founded back in the 1950's. Club records prior to 1991 are pretty much non-existent. From what we have pieced together, the first Miami Valley track was a dirt track located on the east end of Dayton somewhere around Linden Avenue. The next track was located on Needmore Road near North Dixie Drive and is where the club raced until 1979 when the track was lost to urban development. In its day it had the reputation for being a fast, high-banked track. It wasn't until 1991 that our present facility at Kil-Kare Speedway was created.

John Saunders was one of the key personnel who contributed to paving the way for the beautiful facility we know today as Kil-Kare Speedway. John was one of the original members of the Miami Valley Club. His first driver was his son Mike. Back in those days the cars and engines were in their infancy, but the team of John and his son were still the ones to beat. After Mike retired from racing, John's love for the sport kept right on going. John was a mechanical engineer at Dayton's Frigidare plant. His profession helped greatly in the ideas and development of better and faster cars and engines.

John selected his drivers carefully. He made winners out of all of them and Grand Champions out of five of them. He didn't only look at the way they drove but also believed that manners, good grades, and their parents played important roles as well.

John could not recall how many cars he had owned, but his first car was an "Anscraft" bought for Christmas in 1956. The Kurtis car was the fastest thing going, before his son retired. Though his car remained idle for the last few years of his life, John's candy red FX Kurtis remained his main love. In his honor, John's FX Kurtis car has been restored to when it last won three National Titles under the driving talents of Donnie Jeschke in 1981, '82, and '83.

Over a span of nearly 40 years, John won 17 National Titles and even held a World's record at the old Dayton track. He engaged the driving talents of many young people over those years and helped shape the racing careers of professional drivers Mack McClellan, Todd Kane, Donnie Jeschke, Jimmy McCune, and Rob Chaney.

John remained active in the sport, supplying engines to a chosen few until he died in the Spring of 1992. It was the first race of the season at Kil-Kare Speedway, and John was parked in his spot on the first turn with his stopwatch in hand. His engines were being run in John Furrey's car with Emily Harkins driving and they were testing different carburetors. At the end of the day he drove home, greeted his wife Dorothy, sat down in his favorite easy chair and quietly passed away.

John Saunders was "Mr. Quarter Midget". He was a class act and a credit to our sport. Each year the Miami Valley club presents an award in his honor. The club does this in hopes to preserve the heritage of quarter Midget Racing and to keep the memory and name of John Saunders alive in our minds and racing hearts.